2020 annual report : a constructive year despite the pandemic

2020 annual report : a constructive year despite the pandemic

The French Anti-Doping Agency (Agence française de lutte contre le dopage – AFLD) presents its 2020 annual report. A year marked by the health crisis during which the Agency nevertheless successfully led the work leading up to the compliance of the French law with the World Anti-Doping Code, providing the fight against doping in France with unprecedented resources. Key figures can be found in the digital version (only in French). 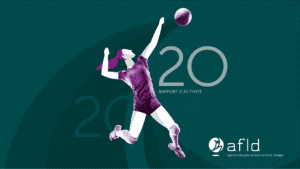 Testing activity maintained despite the pandemic

AFLD has the responsability in France to protect the health of athletes and the fairness of competitions in the name of clean sport. In 2020, despite the unprecedented health crisis that has affected the world for many months, the Agency was able to carry out its testing duties. While the first lock-down brought all sporting events to a halt, out-of-competition testing, although slowed down, was maintained through the rapid development of health protocols (approximately one week). As in- and out-of-competition testing resumed at a sustained rate from May 2020, ultimately nearly 80% of the initial annual testing programme was completed, i.e. 6,522 samples collected by and for AFLD out of the 8,000 initially planned.

An increasing reorientation of tests towards top-level athletes 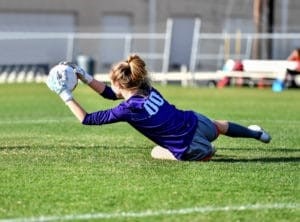 Over three-quarters of last year’s tests thus focused on elite sport, i.e. more than the set goal, mainly because recreational sport in France was brought to a near stop.

In response to the resumption of testing, the laboratory also quickly relaunched its analysis activity to screen for and identify prohibited substances among the samples collected by AFLD and by other anti-doping organisations. While the number of samples received has fallen because of the pandemic, the laboratory nevertheless carried out more specialised analyses than last year, in particular on growth hormone and anabolic steroids.

In total, the analyses identified 43 positive samples, i.e. 0.5% of all urine samples received. A rate lower than last year, which can be explained by the cancellation of many competitions and by a reorientation towards top-level athletes.

The reorientation of AFLD’s testing strategy towards top-level sports has also led, at the disciplinary level, to a reduction of anti-doping rule violations observed and therefore prosecuted. During 2020, AFLD recorded 41 new disciplinary cases and continued to process 110 cases opened during previous years. 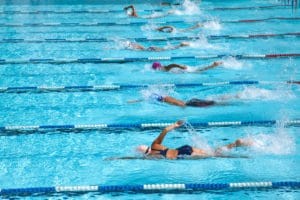 Despite the pandemic, 2020 also marked a decisive step in the transformation of AFLD to acquire an arsenal better suited to the defence of clean sport.

AFLD has worked throughout the year to prepare the compliance of French law to the World Anti-Doping Code (Code), and the International Standards published by the World Anti-Doping Agency (WADA) and in force since 1st January 2021. The objective has been achieved since the enabling legislation and the corresponding ordinance have been definitively adopted and published. The AFLD is now endowed with enhanced powers and responsibilities to better perform its duties, whether it be carrying out investigations or implementing an anti-doping education programme.

Three years away from the Paris 2024 Olympic and Paralympic Games, a new page in the history of AFLD and the fight against doping in France is opening. While sport is catching its breath, AFLD is more than ever at the service of clean sport and clean athletes, thanks to the mobilisation of its teams and the activation of its new prerogatives. This new reality must be accompanied by increased funding for the anti-doping programme to fully match France’s ambitions of hosting the 2024 Olympic and Paralympic Games.